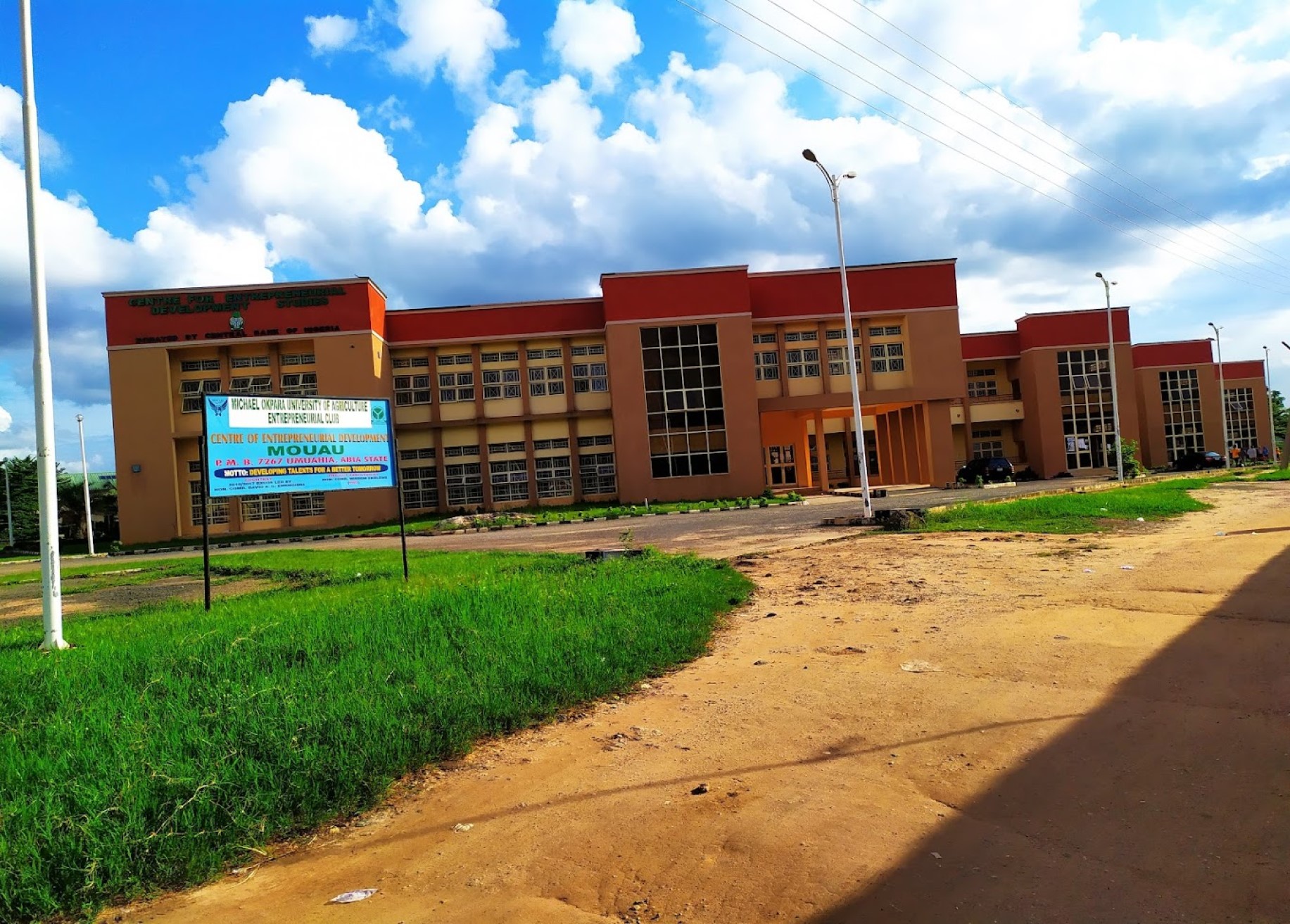 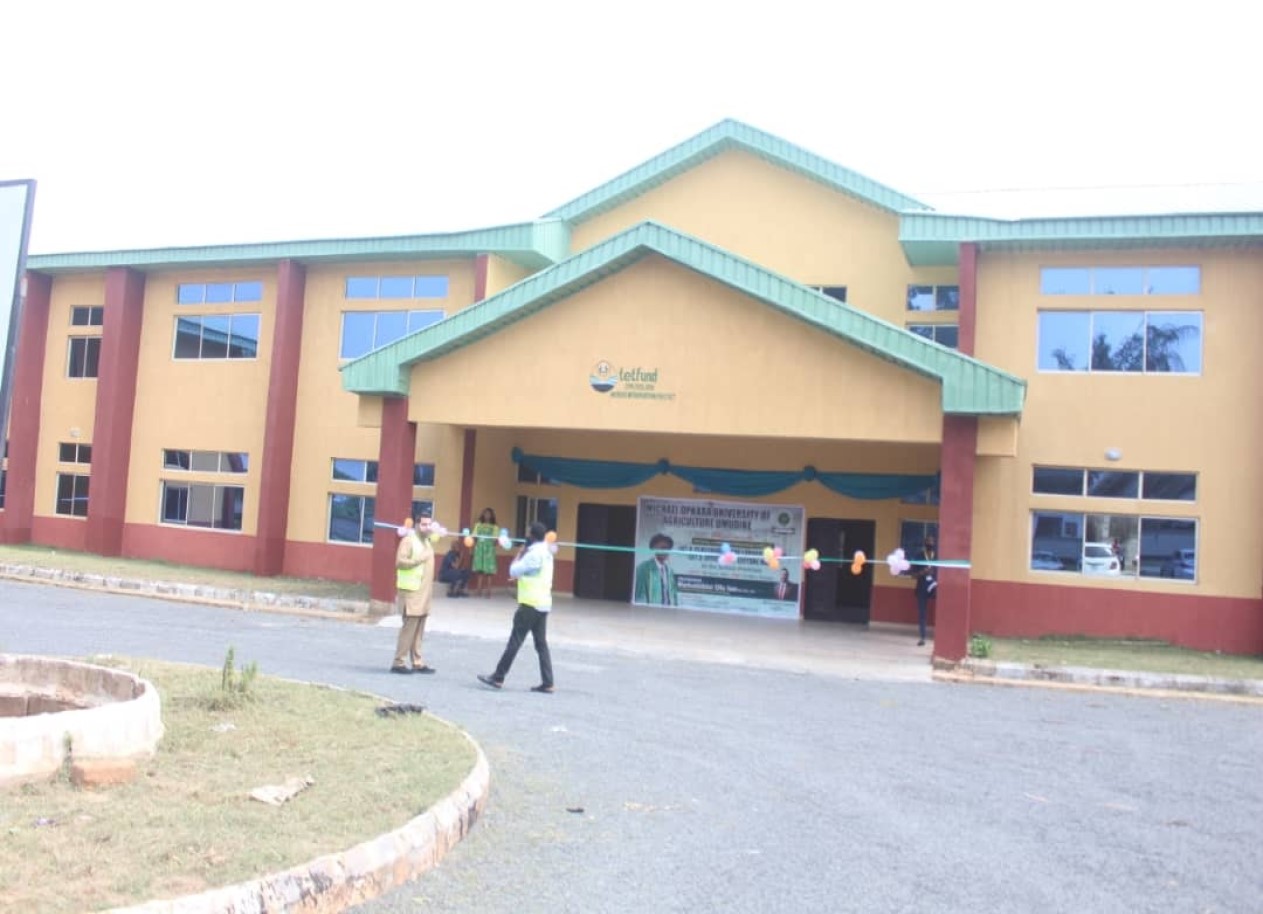 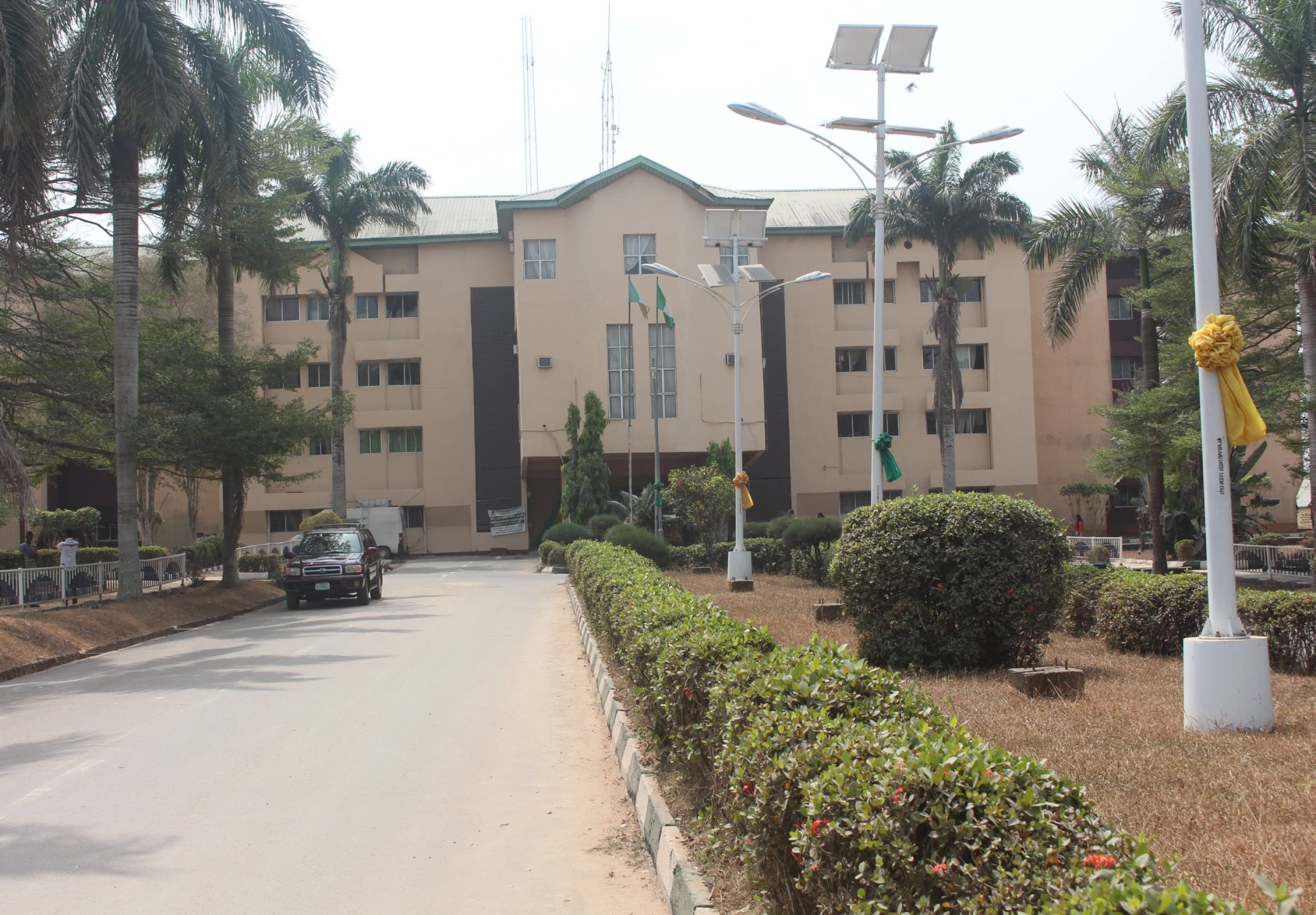 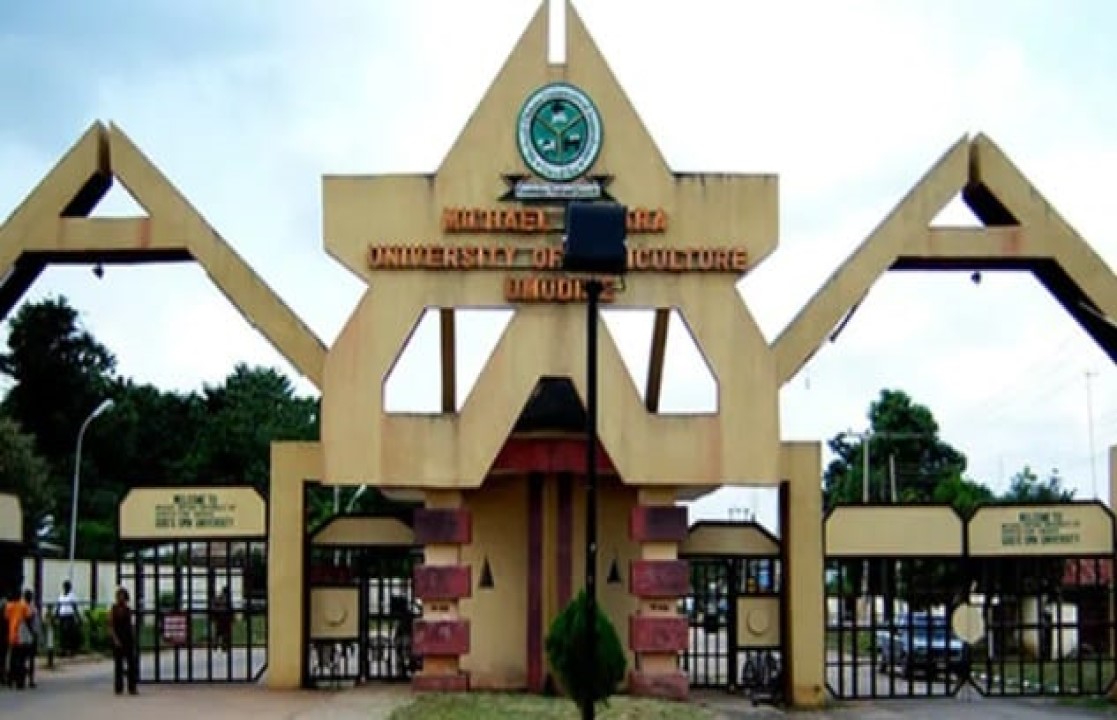 The Michael Okpara University of Agriculture Umudike (MOUAU), formerly the Federal University of Agriculture, Umudike, was established as a specialized University by the Federal Government of Nigeria via Decree No 48 of 2nd November 1992. It began formal activities on May 1993 with the appointment of the first Council and Vice-Chancellor, Professor Placid C. Njoku on 27th May 1993, while other key officials of the University were appointed later.
The Institution is located in the well-known Agricultural Training and Research town of Umudike, about 9 kilometers from Umuahia town, the capital of Abia State. The major link road to the University is the Umuahia – Ikot Ekpene Federal Road, a direct route to the State capitals of Abia, Akwa – Ibom, and Cross River. Being close to Umuahia, the University is linked through a major North-South Express Road to most parts of the country. It commenced its activities at the premises of the former Federal College of Agriculture, Umudike (At present the Federal College of Agriculture has been moved to Ishiagu, Ebonyi state).
MOUAU effectively took off on May 3, 1993, when the University admitted its foundational students. At the epoch of the institution’s history, only Eighty-two (82) students were enrolled to pursue various courses of study. This figure is at great variance with the recent statistics that put the student population at about twenty-seven thousand, seven hundred and fifty (27,750) undergraduates, four thousand, five hundred and ninety-eight (4,598) postgraduates and six thousand, seven hundred and thirty (6,730) part-time students at the Continuing Education Centre (CEC). The total number of the Michael Okpara University of Agriculture, Umudike students currently stands at around thirty-nine thousand and seventy-eight (30,078).
The University is made up of about eleven colleges with fifty departments, two schools, and sixteen directorates. The Michael Okpara University of Agriculture Umudike, is envisioned to be a University par excellence and hopes to help the peoples of Nigeria and beyond through the provision of practical knowledge for agricultural transformation in order to achieve sustainable food production.
Our current Vice-Chancellor is Professor Maduebibisi Ofo Iwe. He is a distinguished professor at the university’s Department of Food Science and Technology (FST) who succeeded the (LATE)Prof. Francis Ogbonnaya Otunta as the sixth substantive Vice-Chancellor of the university. He is also a Professor of Food Science Technology and former Deputy Vice-Chancellor (Academics) of the university. He assumed office on Tuesday, March 1, 2021.